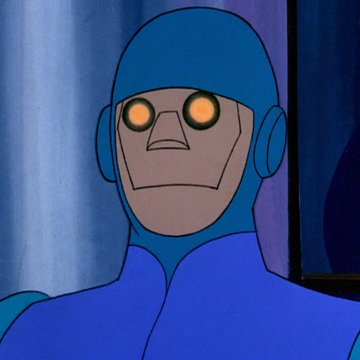 “Whether we are based on carbon or on silicon makes no fundamental difference; we should each be treated with appropriate respect.” ― Arthur C. Clarke, 2010: Odyssey Two
Mechanoids, also known as synthetics, androids or —"artificial persons" (AP), are biomechanical humanoids. They are essentially robots that emulate Humans in both appearance and actions.
The modern Mechanoid is a highly complex machine: stronger, faster and better coordinated than an average human. The basic chassis is a carbon fiber skeleton and artificial musculature. The muscles themselves are vat-grown silicon colloids powered either by pumped micro-hydraulics or electrical stimulation. In the Heroic Age setting, Mechanoids are the product of Inspired Technology (Super Science). Though initially created as laborers, soldiers and companions, they have the option of “buying” themselves from their manufacturers. Now they are a growing minority of non-human beings found in a wide range of jobs, Roles and Allegiances. The vast majority of Mechanoids live and work in “Science Cities” such as Atom City, Empire City, and Lunar City. Mechanoid characters are “humanoid” in shape, with a decidedly “robotic” appearance. They are hairless, mechanical persons with duraplastic and ceramic “skin” and other puppet or machine features. Mechanoids with a high appearance (4+) can elect to have a more organic look using specially made skin and even “hair”, or they might be proudly robotic, but designed to gleam and shine.
Example Connections: Hacktivist friend, Pilots, Super Scientists, Technicians (Aeon, Cerebex, etc)
Origin Skills: Aim, Enigmas, Pilot, Technology
Edges: Direction Sense (•), Photographic Memory (•••), Lightning Calculator (••), Speed Reading (•).
Special (bonus): Self Sufficiency, Fragile Machine

MECHANOIDS AND THE HEROIC AGE
These “synthetic persons” are a small but growing minority in the world of the Heroic Age. Though initially seen as a “wonderful innovation”, Mechanoids were quickly viewed as a means to steal jobs and diminish the importance of human workers. After a few highly publicized incidents involving berserk robots and android minions of would-be world conquerors, Mechanoids are not as popular as they once were. Still, these synthetic persons are highly valued in high-risk jobs, and are even known to be heroes of renown in the Heroic Age.
CEREBEX INC: The largest manufacturer of Mechanoids in the world is the tech giant Cerebex Inc. This huge corporation is a leading tech giant of the world, beginning as a computer hardware and software company and quickly entering the fields of technology, industrial manufacturing, robotics and aerospace technology. The head offices and manufacturing facilities in Empire City is hope to a great many Mechanoids, with large numbers working in the cities industries, infrastructure (subway, NYPAFR, etc) and police force.
USAF Space Command: Also known as Solar Warden, the US-AFSC is a major employer of Mechanoids, as these “artificial persons” are ideal candidates for space operations. Mechanoid pilots, laborers, soldiers and super scientists are all highly regarded in the US-AFSC.
---------------------------------

NOTES
This material is intended for use with the Trinity Continuum Rulebook by Onyx Path Publishing. If you would like to see more of this setting, including maps, creatures, NPCs and other tidbits, swing over to my Patreon. Follow, join, comment and contribute, and I will churn out material in greater amounts.

“Whether we are based on carbon or on silicon makes no fundamental difference; we should each be treated with appropriate respect.” ― A...